Why You May Not Want to Believe Everything You Think | Blog

What Is Informing Your Doing?

I was sitting on my couch, having a cup of coffee, and reading when a loud thump made me jump. I looked over and realized a bird had collided with my window.

I got up and ran to the window to see if the bird was ok. It was stunned, lying on the ground. I quickly searched “What to do for a wild bird when it hits a window.” The guidance was to leave it alone, and it would eventually get its bearings and take off.

While reading “When birds hit windows,” this sentence stood out for me, “Most often, window collisions happen because birds see various reflections in the glass and mistake those reflections for something real.” My immediate thought when reading this was, “Yeah. I get it. Me too.”

I have misinterpreted something as real when it wasn't. I've taken my first glance as real and charged ahead, only to discover it wasn't what I thought.

Like the time I misinterpreted a delay in response from a potential client as a no-go, or when things got challenging at work, and I thought it was a sign that I had made a wrong move, so I started evaluating all my strategies, or when a misunderstanding happened around a scope of work, and I assumed the project was doomed.

Like the bird that collided with my window, I have collided with and gone full steam ahead based on things that looked real to me, only to discover it was a trick of the mind, a misunderstanding, or a simple insecure thought.

We do this in our relationships as well. We interpret our colleagues, bosses, and client's mood and tone of voice or behaviors and respond from those assumptions. We draw a conclusion, take it as truth, and it informs how we act and what we say.

I watched two business partners almost crash their company because they took their interpretations of each other as reality. Communication had been going south for a long time, and as a result, they had started assigning ill intent to one another, and trust was broken. When I started working with them, they were each locked into their ideas and had a lot of evidence supporting their assumptions. They felt justified in their behavior because they felt justified in their assumptions.

Through a series of conversations, rapport was reestablished, and feelings of goodwill began to resurface. From that space, listening naturally improved, and it became clear that much of the division was created from misunderstanding. Each of them, in their own way, began to see how they had assumed their thinking was real and, as a result, responded in retaliation.

What looked like an end for their business began to feel like a fresh start. It wasn't always easy or smooth, but as they became more willing to question what they thought was “real,” their minds opened, and they could hear the deeper intelligence within versus the reactive mind. They were able to see each other and understand each other better.

Their actions and behaviors were no longer informed by their reactive thinking but were guided by a clearer, more neutral mind. It's been incredibly gratifying to see their relationship restored and strengthened.

When things get challenging, or they jump to conclusions, they have learned to let their internal state settle, question what they think is real, and give each other the benefit of the doubt. As a result, misunderstanding or misinterpretation is no longer informing their responses.

What appears real that may be a misunderstanding?

“When we became willing to question our thinking and what we see as real, our minds open, and we hear the deeper intelligence within versus our reactive mind.”

Where we come from inside ourselves, shapes what we see. 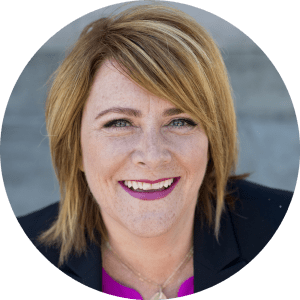 Barbara Patterson is the owner of a global coaching and consulting company helping solopreneurs, entrepreneurs & leaders access more clarity, creativity, have greater impact and higher levels of fulfillment in work and life. She is the founder of Beyond Limits in Business, a global platform and community designed to point people to the source of human potential. That potential resides within and is experienced via our minds. Barb is also the host of the Real Business Real Lives podcast. You can follow Barb on Linkedin and Instagram. You can also subscribe to her weekly blog on her website at barbarapatterson.com

← Previous: Why Being Present Is Better Than Being Prepared | Blog Next: The Best Business Advice I've Ever Gotten Might Surprise You | Blog →